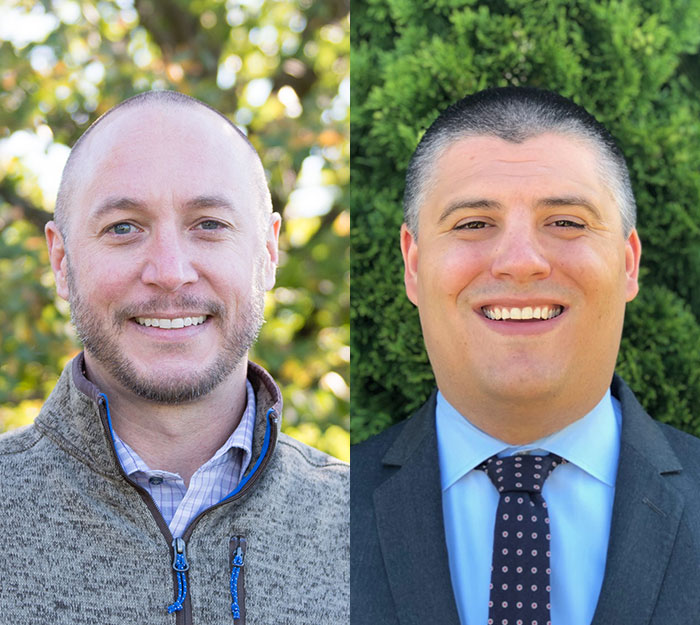 Members of the Community Foundation are chosen by virtue of their leadership positions in the community, and their primary responsibility is to meet annually to elect trustees. Due to the COVID-19 pandemic, the meeting was held virtually for the first time in the organization’s history.

Roland Reed and Mikhail Salacina were each elected by the members to join the Community Foundation board.

Reed is a partner and CPA with H&S Companies. A native of Fremont, Reed earned a bachelor’s and master’s degree from Central Michigan University and a master’s degree in accountancy from Wake Forest University. He also serves on the Community Foundation’s Professional Advisors Board.

“I always thought about how I would give back,” said Reed, who returned to the area with his family after living outside Michigan for several years. “We have a great community here, with great people. When you look around the country, if we’re going to affect positive change, it has to start at the community level. I’m looking forward to being a part of what the future holds here. It’s exciting to think about what we can do in the next few years.”

Salacina is an attorney and partner at Schuiteman & Salacina, PLC. He graduated from Newaygo High School and earned bachelor’s degrees in political and biological science from Wayne State University. He earned his law degree from Thomas M. Cooley Law School.

“I grew up in Newaygo County and I wanted to do something to give back to my community,” said Salacina. “I think we have opportunities here you wouldn’t have elsewhere. I see firsthand in my occupation the difference you can make in people’s lives. I think in a smaller community like ours, the impact you can have is often more direct. I’m really looking forward to serving on the board and seeing what impact we can make in a positive way for Newaygo County.”

Trustee incumbents Lola Harmon-Ramsey, William Alsover, Randy McDonald, and Peggy Rossler were each elected to serve additional three-year terms on the board.