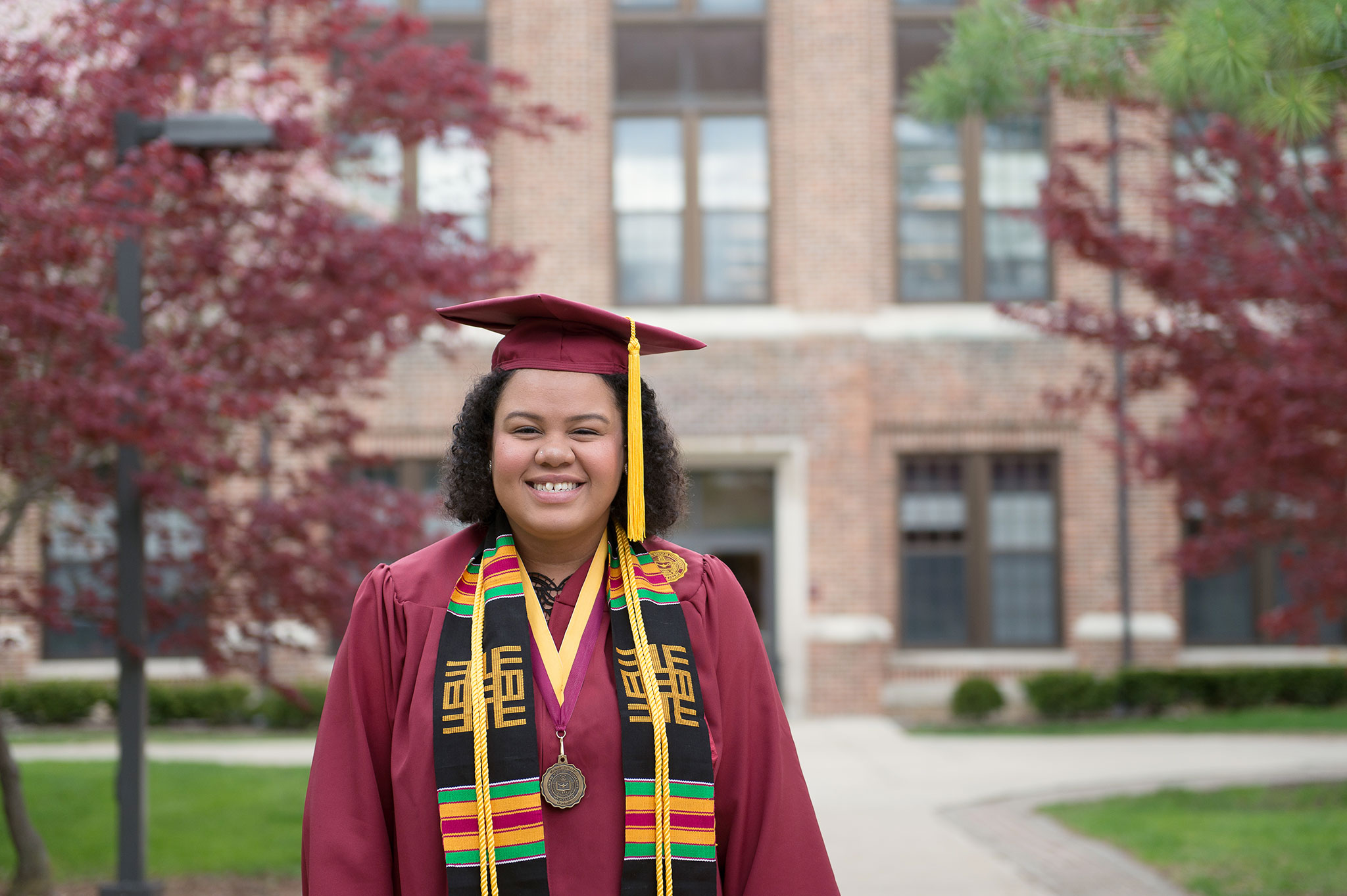 On the day before her graduation from Central Michigan University, Alyssa Greene reflected on the 2013 Possibility! Scholarship that instantly changed her life.

“I don’t even know how to express my gratitude,” Alyssa said. “It took so much stress off my shoulders. It allowed me to be successful. It motivates too, knowing there was someone out there who believed in me.”

Alyssa was a senior at Hesperia High School when she was awarded the special full, four-year scholarship. The Community Foundation created this one-time opportunity as part of the 2013 launch of its Goal 2025 initiative to increase the proportion of Newaygo County residents with high-quality degrees, certificates, or other credentials to 60 percent by the year 2025. Alyssa used her scholarship to go to CMU, where she majored in sociology with a concentration in youth studies. Alyssa excelled academically and was involved on and around campus, focusing much of her time on mentoring area youth.

“I really love mentoring,” said Alyssa. “It helped me solidify that I’m in the right field. I hate the mindset that someone is a lost cause. You can show them they have what it takes to be successful.”

Her research sparked an interest in educational policy, an area Alyssa is considering studying further for her PhD. Pursuing an MSW is another possibility, but before deciding she plans to spend a year getting experience in a job with DHHS or Child Protective Services.

No matter what path she chooses, Alyssa believes it will lead her back to West Michigan.

“I don’t see myself leaving West Michigan,” she said. “People here have put so much into me, and I’m going to put some back.”