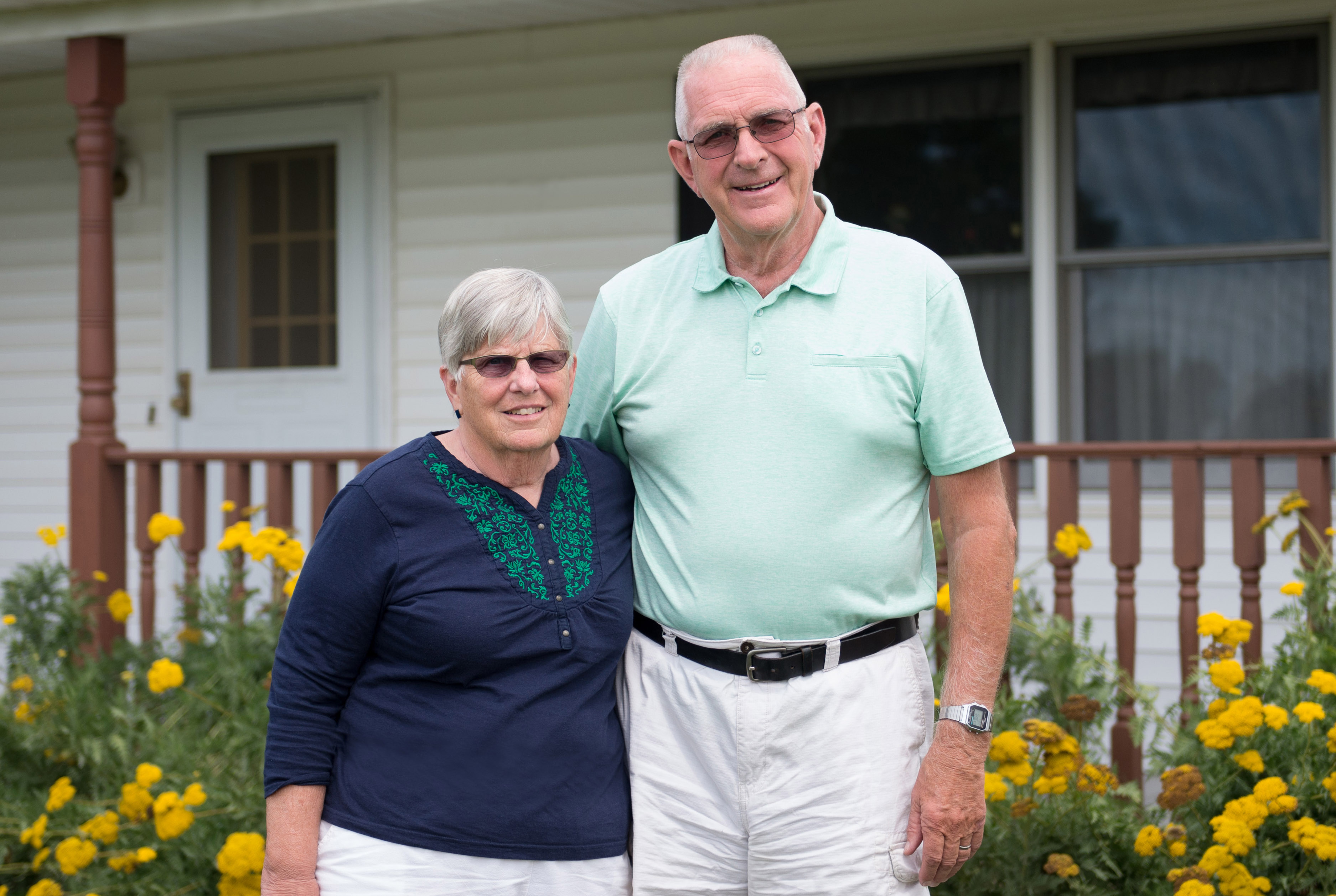 When Stuart Stone was in eighth grade, he transferred from a country school to Grant Public Schools in town. He wanted to be in band but found himself behind other students who already had a year or two of experience.

“My eighth-grade band teacher took me under his wing,” said Stuart. “He spent his prep hour first semester teaching me to play so I could join the band.”

The teacher—later a founder of Blue Lake Fine Arts Camp—had a profound impact on Stuart. He helped foster a love of the arts that Stuart shares with his wife Kay and their children and grandchildren.

When Stuart and Kay created a scholarship, they decided it should be awarded to Grant graduates who had been involved in the arts in high school. It was a way to celebrate a shared family interest while also helping local students achieve their post-secondary goals.

The Stones chose the Community Foundation for their scholarship because, after years of working and volunteering in Newaygo County, they were familiar with its work and reputation.

“They spend money to the best advantage of the community,” said Stuart. “From the time we knew about it, we never had any doubts that was the best place to do it.”

It was also one more way for them to give back to the community they have called home their whole lives.

“We give because we’ve been given so much,” said Kay. “We’ve been blessed. The community has given so much to us so now we can give back. We can make a difference.”