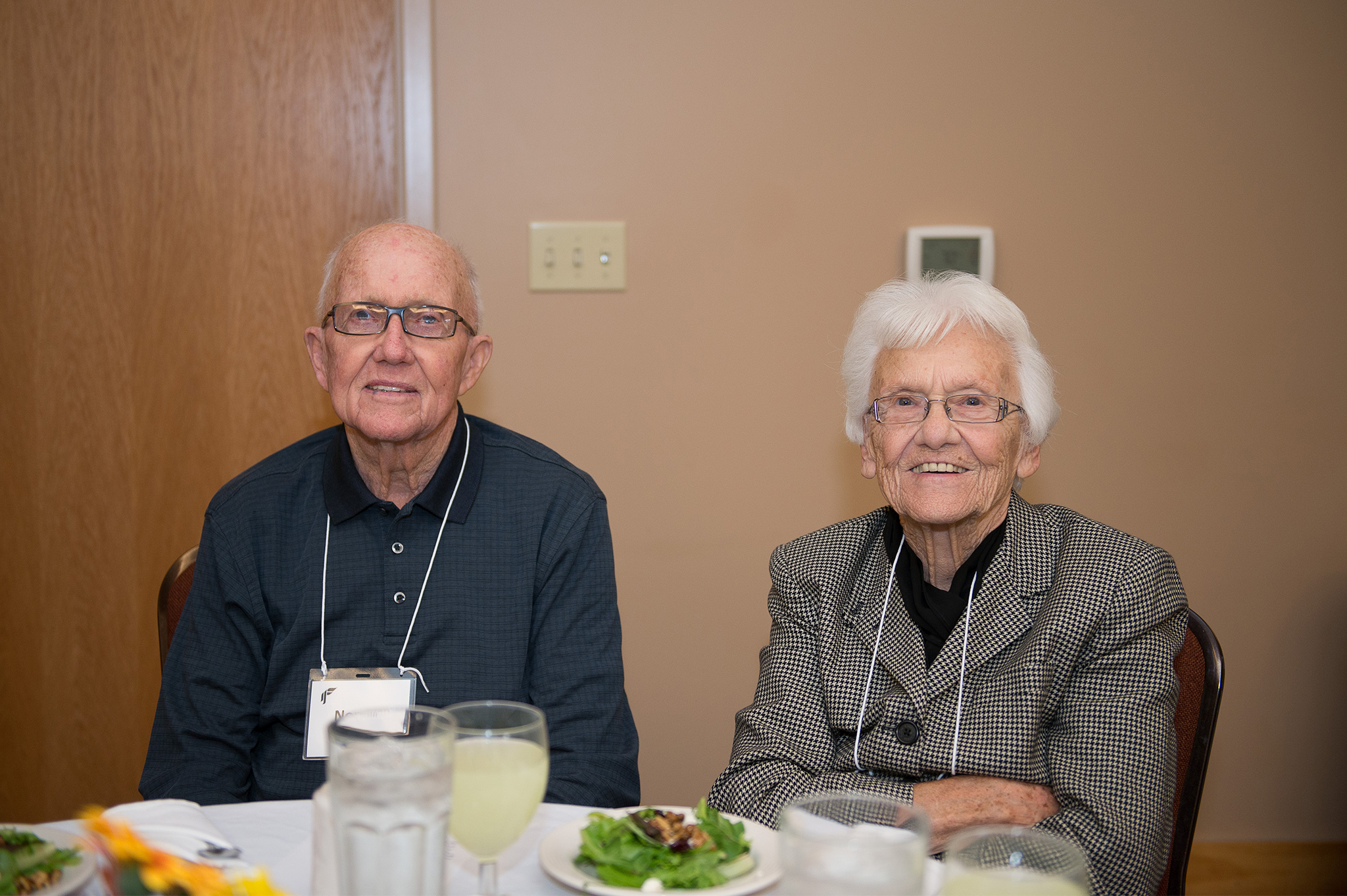 “You can’t go to college. Your parents don’t have the money.”

More than 70 years later, Jane Reath still remembers those words from her high school counselor. A year went by before the encouragement of another educator inspired her to go to college after all. Jane went on to become a high school counselor herself and has spent much of her life advocating for young people and education.

“Education has been important to me all my life,” said Jane. “If you don’t have the education, you can’t go anywhere.”

“Education helps you keep up with change,” added Norm Reath, Jane’s husband. According to Norm, Jane’s life has been characterized by her willingness to accept change, embrace innovation, and face challenges with positivity.

“She was always the optimist,” said Norm. “She accepts change. She says to me daily, ‘Norm, it’s all part of change.’”

Jane was an early advocate for the expansion of Fremont’s library and the first woman to serve on Fremont Public’s school board. She also wrote a grant for the high school’s first computer and helped other staff learn to use the new technology.

The funds the Reaths created at the Community Foundation—a scholarship in Jane’s name and a fund to support Fremont Area District Library—are a reflection of a lifelong dedication to learning and preparing young people for the future. And by giving through the Community Foundation, Jane and Norm are also confident that their gifts will continue to grow and support the community no matter what the future holds.