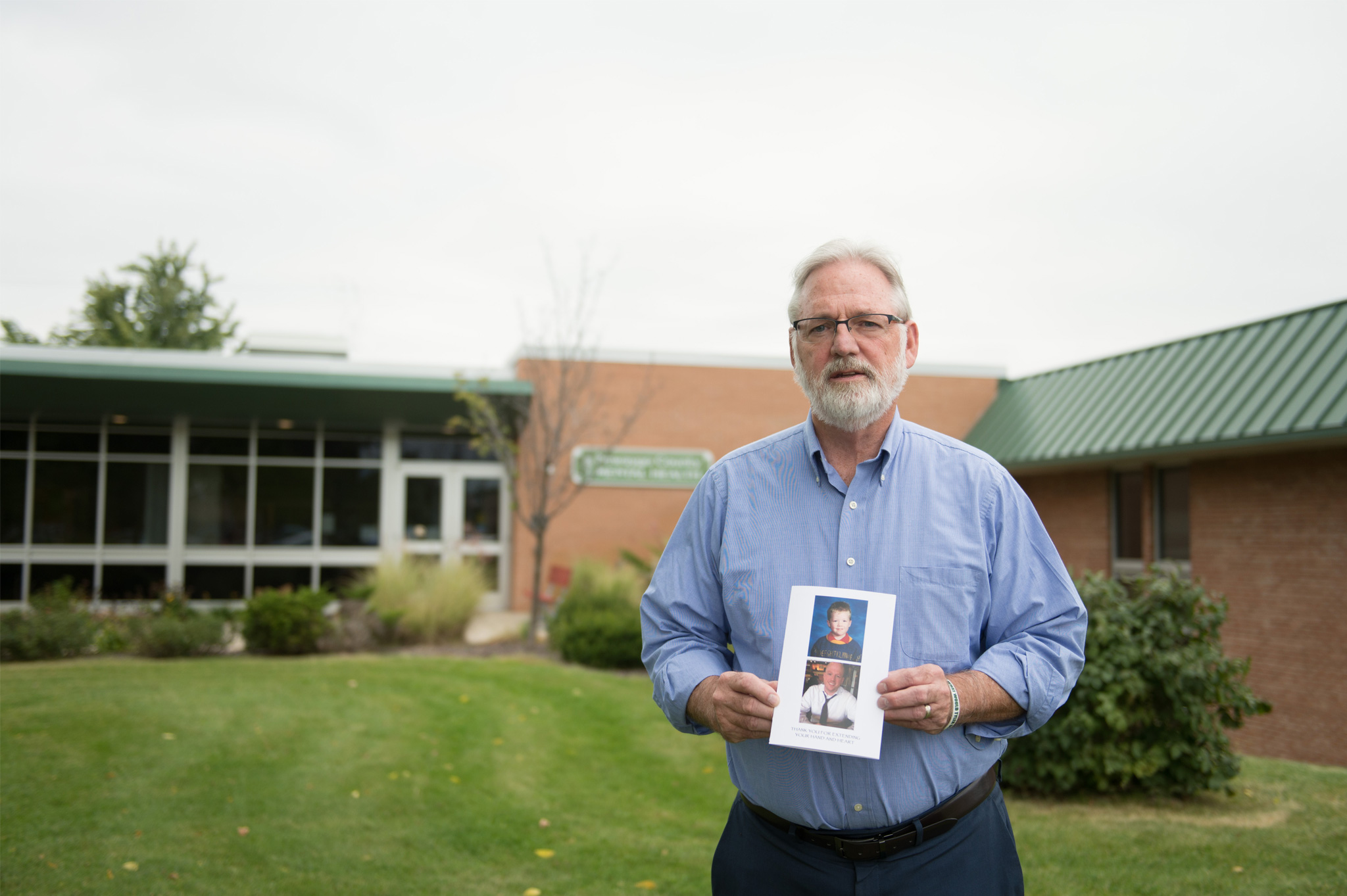 When Tyler Slaughter was 10, he and his father Mike volunteered as bell ringers during the holidays. At the end of their shift, Tyler observed, “It seems like the people who needed it most were the people who gave the most.”

Tyler’s life was marked by that kind of grace and empathy. After getting a degree in health studies, he changed direction in his late 20s and started a Master of Social Work program. To Mike, the move was in keeping with his son’s passion for helping others.

“I told him, ‘you’ve always been a walk-alongside kind of guy,’” said Mike. “Tyler was an encourager of world-class stature.”

After completing his MSW, Tyler went to work for Newaygo County Mental Health as an adult case worker. Just a year later, in April 2015, Tyler unexpectedly passed away, but “he died doing work he relished and deeply valued,” said Mike. “I needed to find a way to pay his life forward.”

Mike created the Tyler Patrick Slaughter Memorial Scholarship with support from family and friends, including Tyler’s coworkers at NCMH who organized fundraisers. The scholarship is for adult students, like Tyler, studying social work.

“We want to give them a jump start,” said Mike.

Connected by a shared desire to honor Tyler’s legacy, Mike stayed in contact with the people at NCMH. Last summer, he accepted a job there as a supported employment coordinator.

“This gives me a chance to make my own contribution,” he said. “I can best honor Tyler’s life by serving others as well as I possibly can. He is why I’m here.”