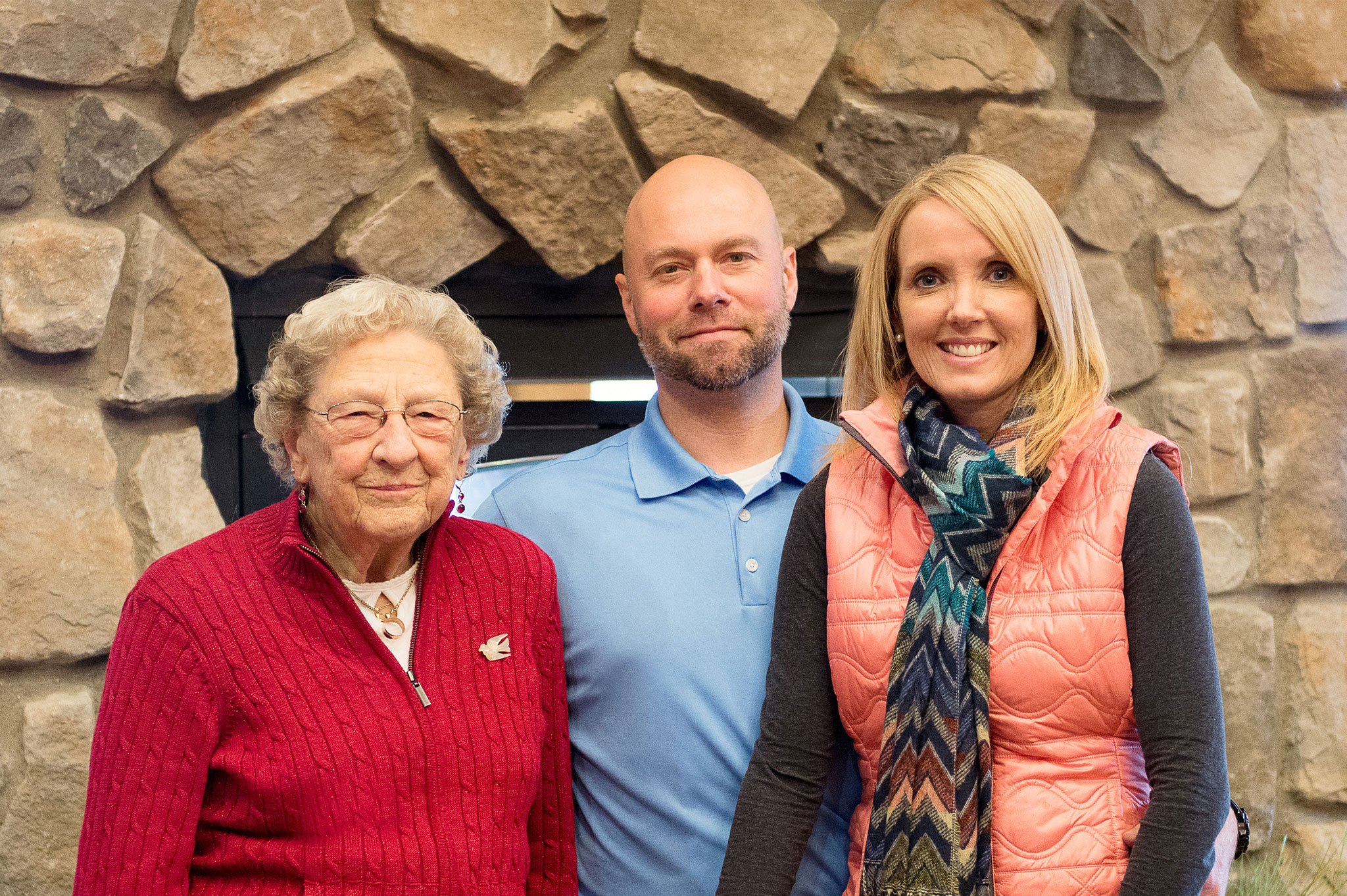 Lois Brookhouse passed away on March 24, 2017, her 91st birthday. We were honored to spend time talking with her in late 2014 for this story.

Lois Brookhouse remembered the hospital guild meetings that her mother held at their farm between Fremont and Newaygo and the strong smell of disinfectant that would linger in the air long after. Guild members would gather to cut bandages of all shapes and sizes for use at the hospital. “Since they met at our house, all us kids had to help, too,” said Lois. By fifth grade, Lois was heading to the hospital to volunteer, a habit that she continued for more than 60 years.

Being involved in the community was as natural as breathing. “It was important to us,” said Lois. “This is where we live.”

That belief in the importance of community and generosity has become part of a family legacy. Lois’ grandson Jason Brookhouse grew up watching his parents and grandparents serve in their church, volunteer in the community, and help others. He and his wife, Kristin, started a donor advised fund at the Community Foundation as a way to give back.

They felt comfortable giving through the Community Foundation because of its reputation as a leader in the community but also because Lois had already paved the way.

In honor of her parents, Lois created the Nicholas and Pauline Boeskool Memorial Scholarship. Education has always been important to the family. Pauline was secretary and treasurer for the old Butler School board, and Nicholas taught woodworking for years. Six of Lois’ own children attended college, and the scholarship she started in her parents’ names will help other youth people have the same opportunity.

“We were brought up to help one another,” said Lois. “It’s the right thing to do.”