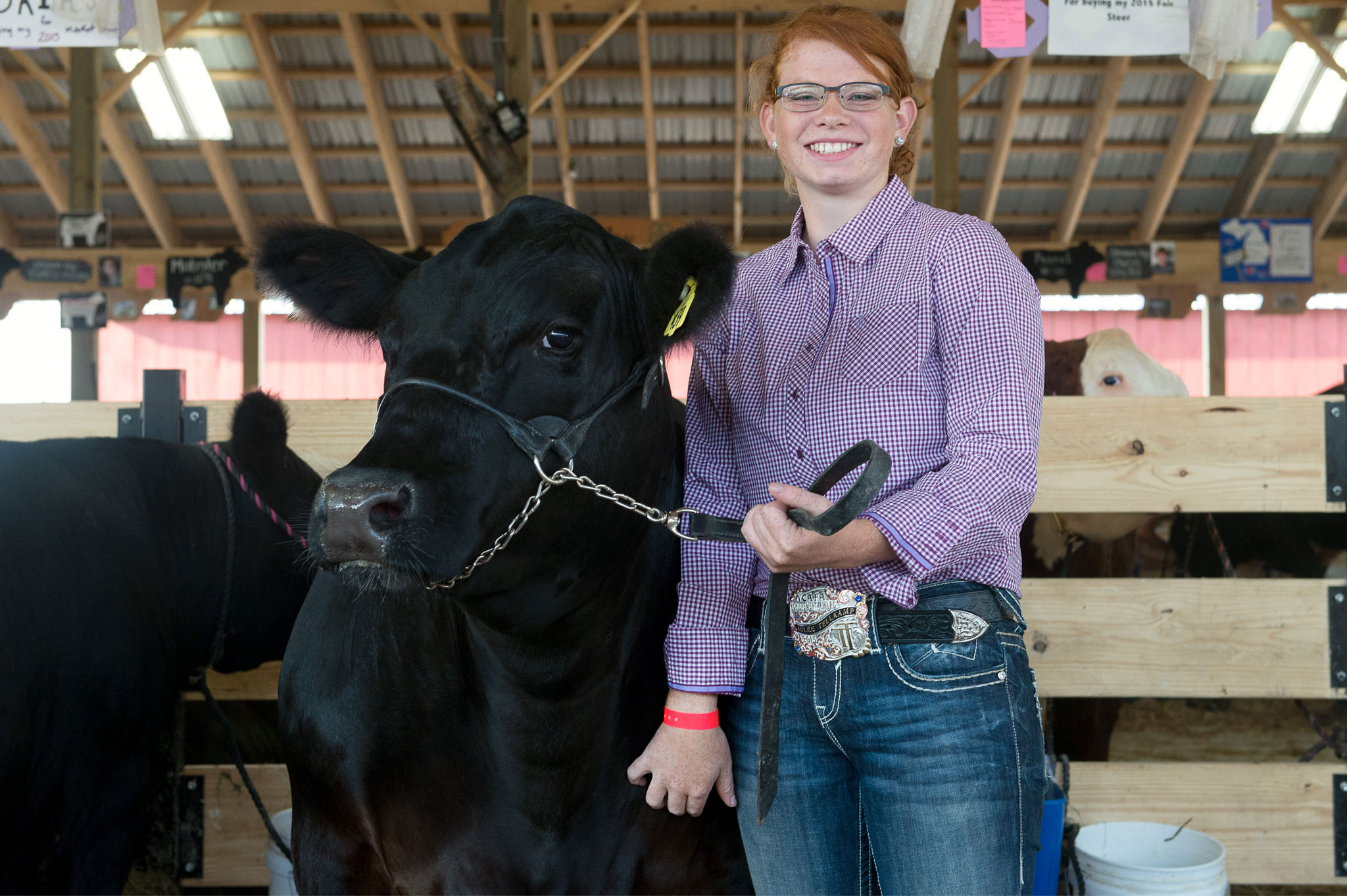 Giving others an opportunity

When someone thinks of a donor at a community foundation, the picture that comes to mind is probably not a teenager starting college. But when Julee Tellkamp was packing to move into a dorm last fall, she was also preparing to create the Dan and Jackie Tellkamp Fund at the Community Foundation.

Named for Julee’s parents, the fund will support youth who want to raise animals for the Newaygo County Agricultural Fair, something Julee has loved and been involved in for years.

“Raising an animal is a lot of work,” said Julee. “It teaches you responsibility. It pushes you out of your comfort zone.”

“I always encouraged kids to get involved,” she continued. “But the number one issue is that it’s a lot of expense up front.”

Knowing that the cost of purchasing an animal kept some young people from participating, Julee began thinking about how she could help. She decided to use the Community Foundation’s Build-A-Fund program to create a fund and grow it toward the minimum balance over five years. Her initial gift last summer came from the sale of her market steer.