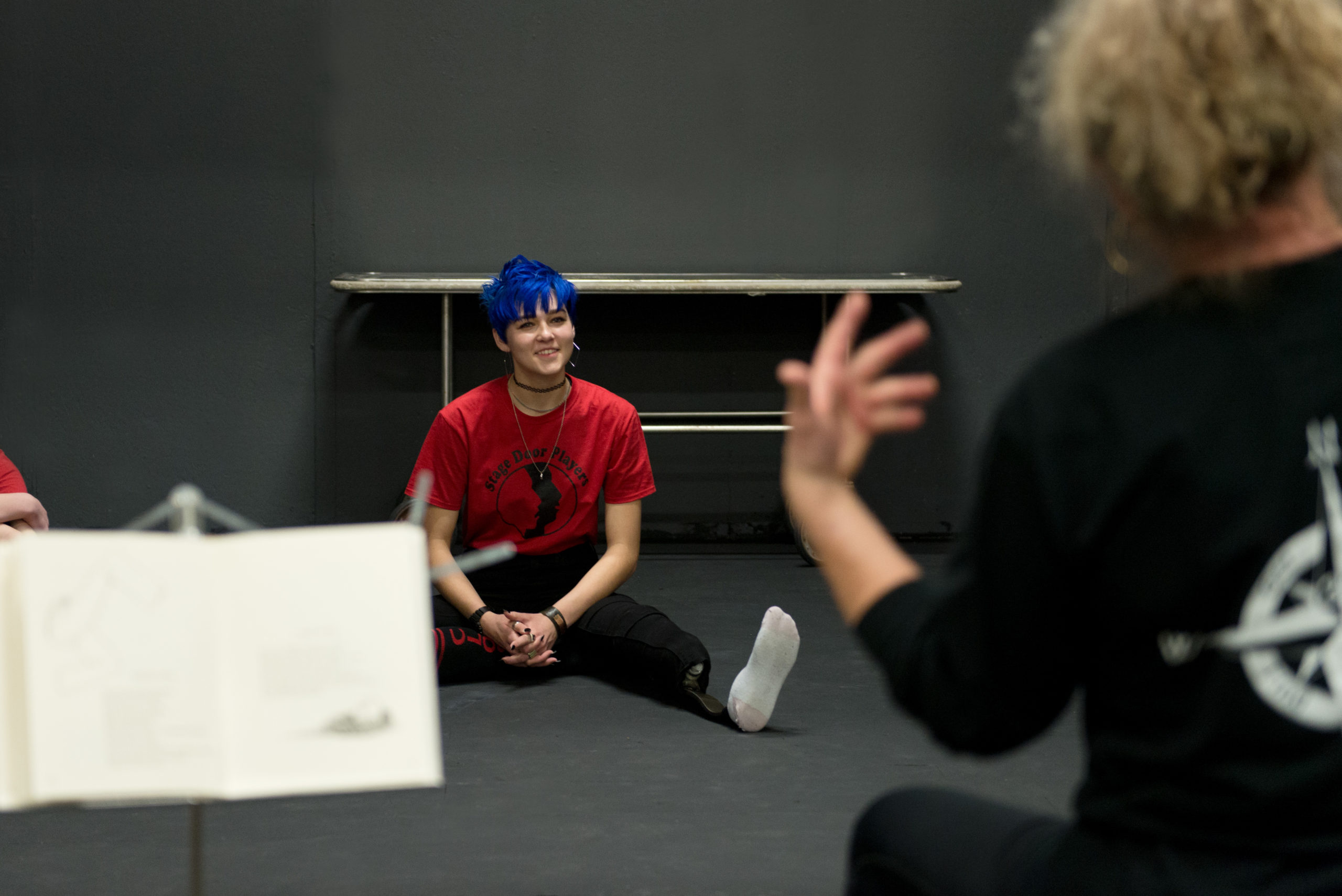 Watching 17-year-old Zyra confidently stand center stage and create impromptu dance moves and characters, you would never guess that the Grant teen used to experience intense stage fright. “It was terrible,” she said. “But because of the youth drama program, it’s gotten so much better. I’m not as scared. And I really appreciate that they do that for me.”

Zyra is part of a group of teens, ranging from middle to high school, that comes together two Saturdays a month in White Cloud for Stage Door Players’ youth drama program. Each session features a guest presenter covering a different theater topic and participants can get involved in youth-focused productions during the year. On one snowy Saturday, the morning started with dance, laughter, and a little improv before moving on to a group performance of a Shel Silverstein poem.

The program grew out of a conversation between Bev Guikema, Stage Door’s board president, and members of the Community Foundation’s Youth Advisory Committee who were interested in supporting creative outlets for their peers. A subsequent YAC grant in 2017 helped get it started and two more grants have helped them expand.

“It’s been fantastic,” said Bev. “We are seeing more families at the shows and getting involved. An organization like ours, you’re not going to grow unless you can draw in families and young adults.”

The program also helps participants like Zyra conquer fears and gain self-confidence. Students not only learn about theater and acting, but they learn how to be part of a team. “It’s been rewarding seeing the friendships they’ve formed,” said Bev. “They just enjoy being here.”

“I’ve learned a lot,” said Zyra. “Not just about theater but about myself too.”