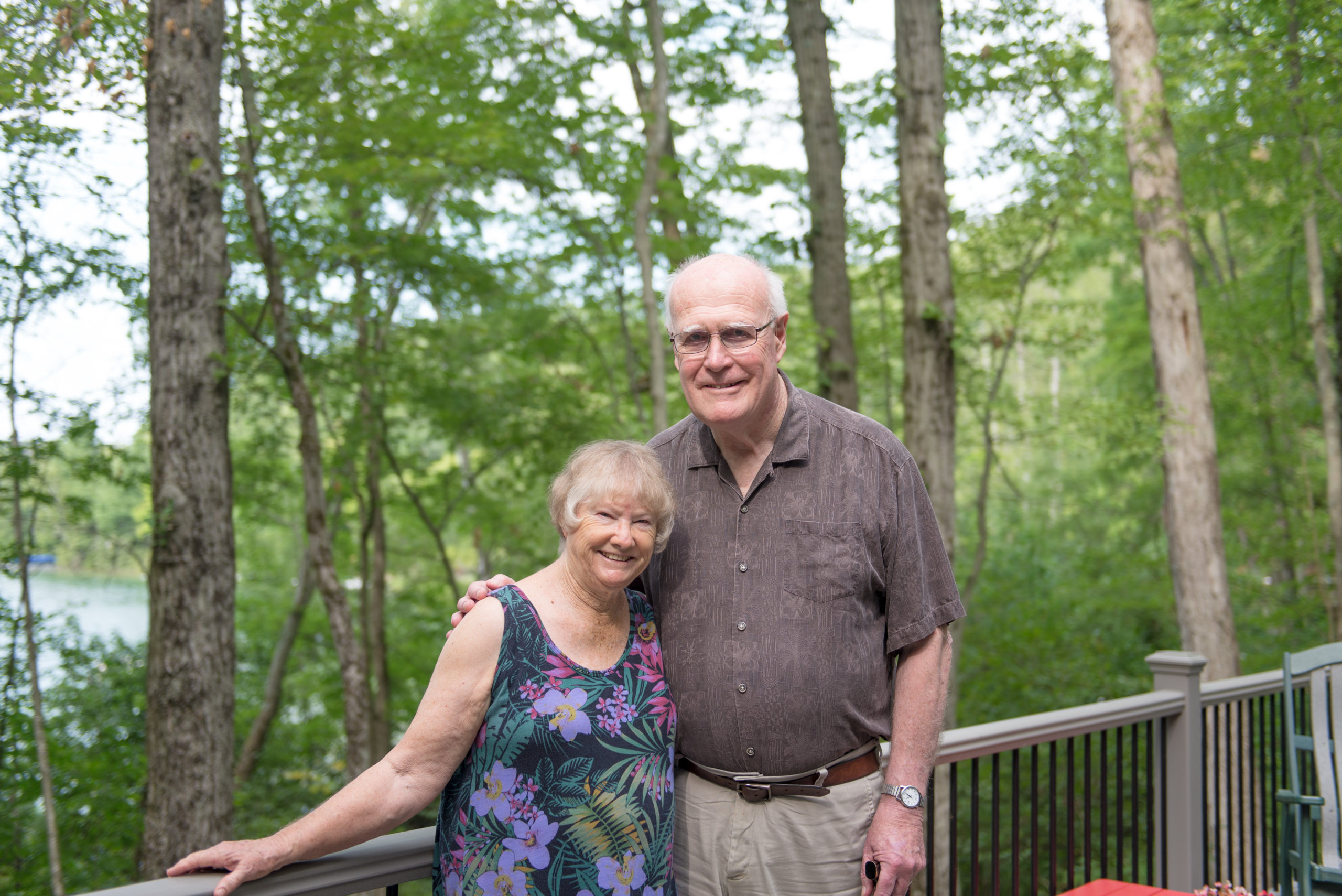 James King was introduced to the power of philanthropy early in life. When he came to live with his grandmother in Fremont as a child, he had a front row seat to what he now realizes was the beginning of Fremont Area Community Foundation. James’s uncle Bob Magee was a son-in-law to William Branstrom and James remembers listening during family dinners as the adults talked.

Philanthropy often came up around the table, especially the importance of money raised locally being invested locally. This belief and the passion of these community leaders—a group that would include Bessie Slautterback and others—grew into what is now the Community Foundation.

While James and his wife Jamie live primarily in Arizona, they still spend time every year in the Emerald Lake cottage that James inherited from his grandmother. The cottage, time with relatives, and friendships in Newaygo County keep them connected to James’s hometown. “The closeness of a small town was beneficial to me growing up,” said James. It also sparked an interest in lakes, plants, and nature. “Growing up here, close to nature—being in a small town gave me that,” he said.

James followed that interest to a PhD in geosciences and a career running museums like the Carnegie Museum of Natural History in Pittsburgh. Throughout his career, James saw the power of philanthropy at work again.

“I know how important the money people gave to my institutions was,” said James. “I have seen what can happen when people help a little. So now I’m trying to help a little.”

James and Jamie are both involved with foundations in their home areas. Here, James has created two funds at the Community Foundation: a scholarship and a fund to support Fremont’s library, a place he loved as a boy.

“I’m not rich, but I’ve seen how modest amounts can grow and make a difference,” said James. “Capital, when properly managed by a foundation, can grow over time. I have seen it in action my whole life and it led me to this.”

For the health and safety of our staff and community, our office is temporarily closed to the public and most staff are working remotely. You can still reach us by email or by calling the main line. To learn more about our Community Response Fund and how you can help local organizations impacted by COVID-19, please visit facommunityfoundation.org/covid.