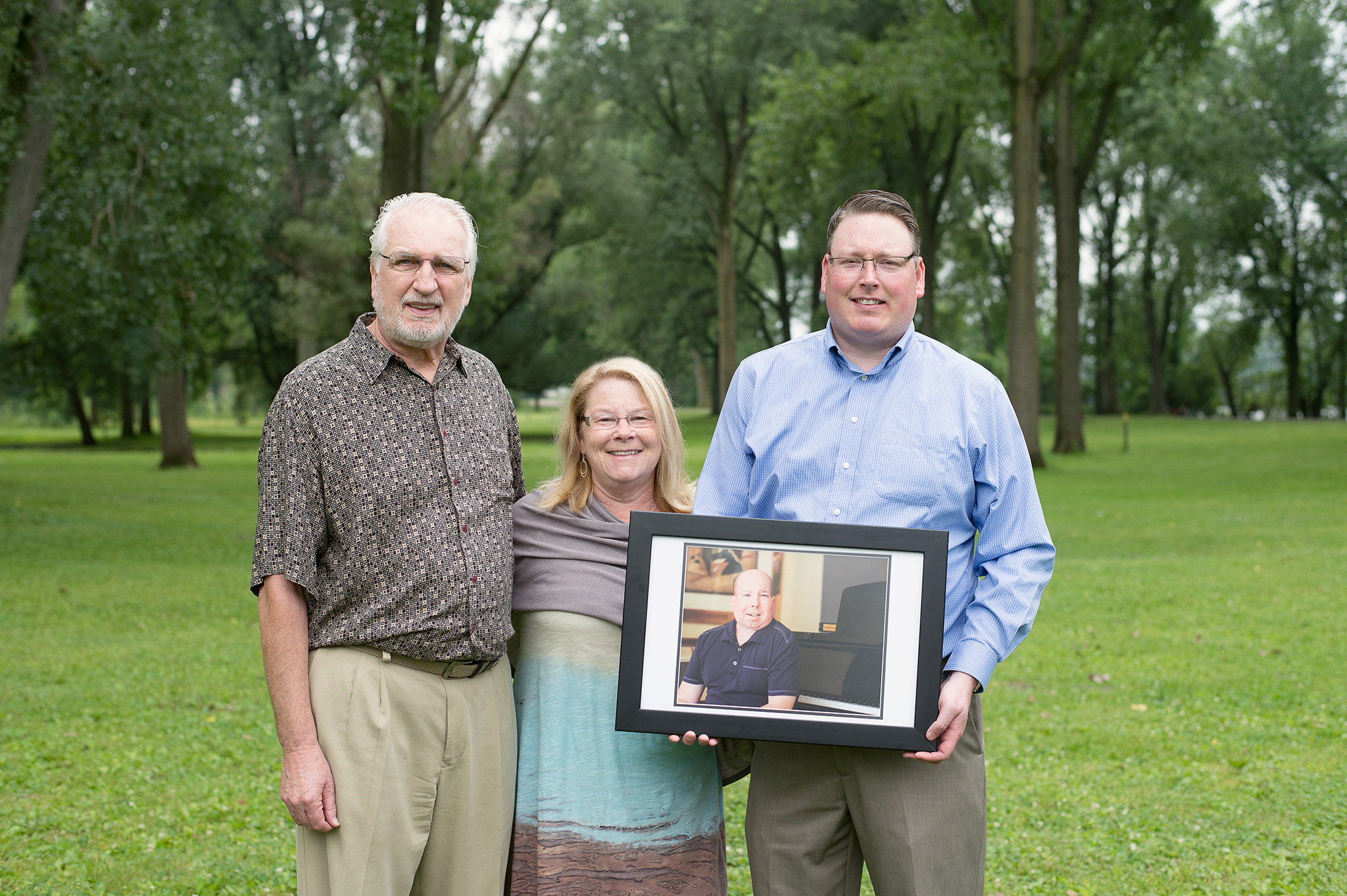 Throughout his life, Chad Hickman made a difference in the lives of others.

“Anybody he crossed paths with in the community, he inspired,” said Chad’s brother Nathan. “He had passion, commitment, and drive. I’ve felt so fortunate to have him in my life.”

Chad was only four when he was diagnosed with life threatening brain tumors. The treatment that helped save his life also led to disabilities. Despite the challenges he faced, Chad’s life was defined by determination and joy.

“Chad didn’t let things get him down,” said Nathan. “I think the beauty of his life is that, despite everything, he reached a point of contentment.”

Chad loved cooking, bowling, and exercising at Tamarac. Above all, he had a special passion for environmental causes.

He composted, took pride in his garden, and continually looked for ways to conserve resources. He was also actively involved in recycling efforts. At his family’s business, Chad was personally responsible for recycling two million pounds of cardboard.

After Chad passed away in 2014, his parents Terry and Jackie, along with Nathan created the Chad Hickman Legacy Fund at the Community Foundation. It is a way for the family to continue Chad’s support of environmental causes while also giving back to the community.

“The community embraced him, loved him, and treated him as an equal,” said Nathan. “We created this fund to honor him and to thank the community that gave him an incredible quality of life.”