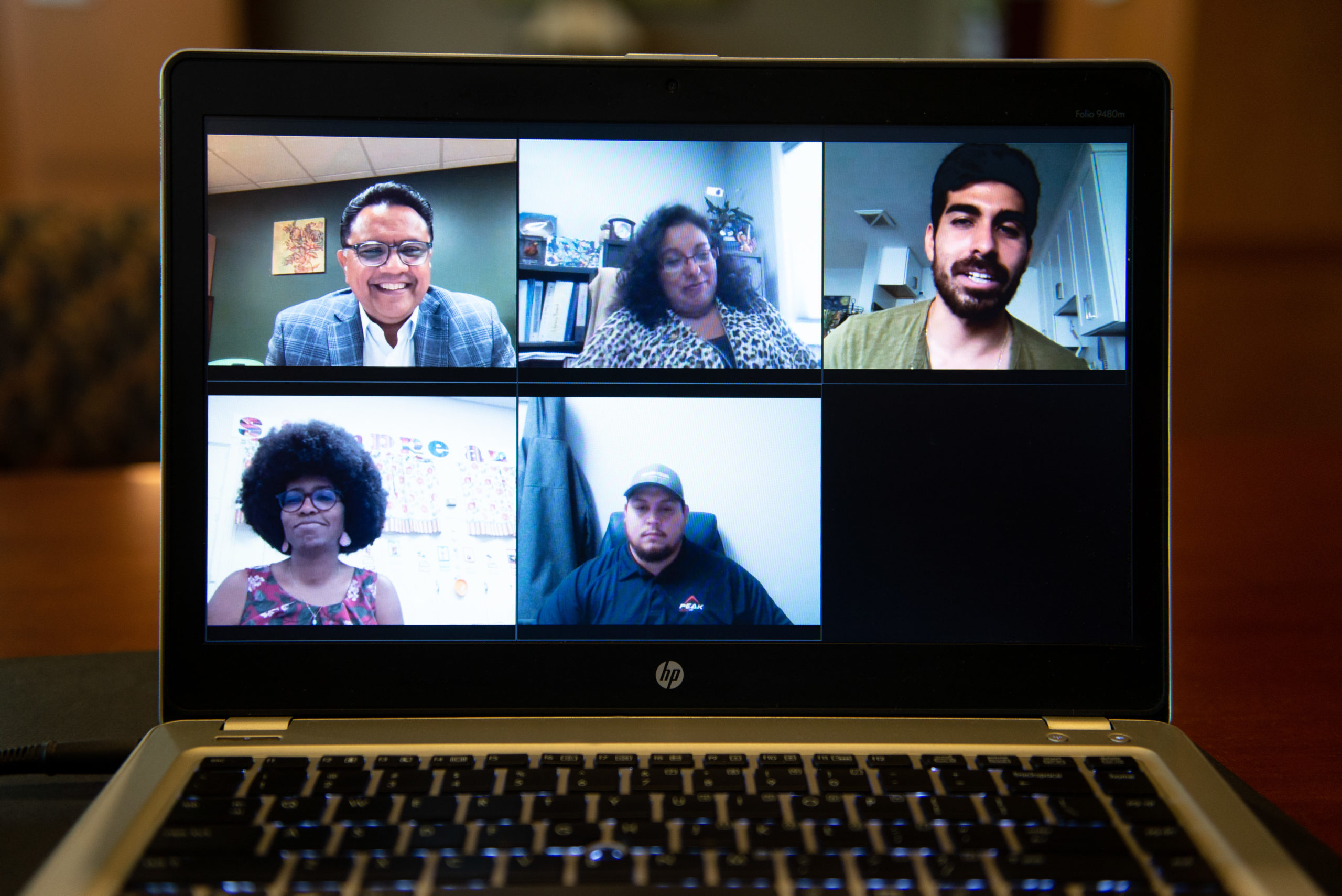 On September 30, Fremont Area Community Foundation hosted its fourth Stronger Together Series virtual event with a conversation exploring what it means to be Hispanic/Latinx in Newaygo County.

Carla Roberts welcomed the audience for her last Community Foundation event before her retirement as president and CEO on October 1. She explained the goals of the overall series, including amplifying marginalized or overlooked voices and exploring the ways differences enhance our community. Roberts also shared that the evening was focused on creating a safe space for honest conversations and encouraging all of us to grapple with misconceptions and consider new perspectives.

“Hispanic/Latinx represents the second largest ethnic group in our county, but what does it mean to be of Spanish-speaking descent in an English-speaking area?” asked Roberts. “What does it mean to have a foot in two different cultures? And what misconceptions prevent our neighbors from feeling like they truly belong?”

The moderator for the evening was Carlos Sanchez. Born in Mexico City, Sanchez is the director of the Latino Business and Economic Development Center at Ferris State University and active in many organizations and projects in West Michigan.

“I’m excited just to share the stories we’re going to hear,” said Sanchez. “The folks that are invited to this panel are going to share their personal stories, and it’s not easy to share them. I hope the people who are watching right now gain knowledge, first of all, but also empathy for their stories.”

Sanchez began the discussion by asking panelists what it’s like to be Hispanic/Latinx in Newaygo County, while noting that “just like other cultures or other groups, Latinos are not monolithic. Our experiences are different.”

Most panelists mentioned “ups and downs” and experiencing moments of feeling different or like an outsider, although that perception has shifted over the years.

“We’re definitely the minority here in Newaygo County,” said Ochoa. “I always felt like I was an outsider but over the years, I’ve seen a big transition. Is it perfect? No, but there has been a change and I can feel it.”

Benancio Rodriguez mentioned that when he was treated differently, he could also look to others who experience similar situations for support. “It stings that there’s times you’re treated differently but at other times, because you’re not alone, you’re able to find a community within that,” he said.

When discussing common misconceptions, Heredia-Contreras—who comes from the Dominican Republic—noted that “Some people think all Hispanic people are from Mexico or that all the food we eat is Mexican food.” She said that while people here may initially have misconceptions about her culture, they have been welcoming and eager to learn more.

Ochoa mentioned that another misconception is that “just because you look Latino or Mexican doesn’t mean you speak Spanish.” While he learned English in elementary school in Grant, some other panelists spoke mainly English at home and learned or re-learned Spanish later.

Panelists also spoke about the value in listening to the stories of others without assumptions and the importance of addressing misconceptions or prejudice when you hear them.

Calmly bringing offensive comments to someone’s attention “is the way we eventually learn and grown,” said Benancio Rodriguez. “We teach each other how to be a little more respectful.”

Sanchez shared that he believes the difficult experiences of our society over the last two years have helped encourage more people to have important conversations like these.

Stronger Together is a series of events designed to look at differences, identity, and the stories that shape our lives. As future events in the series are announced, information can be found on the Community Foundation’s social media channels (@FremontAreaCF) and on its website. The website also features recordings and other resources from past events in the series.