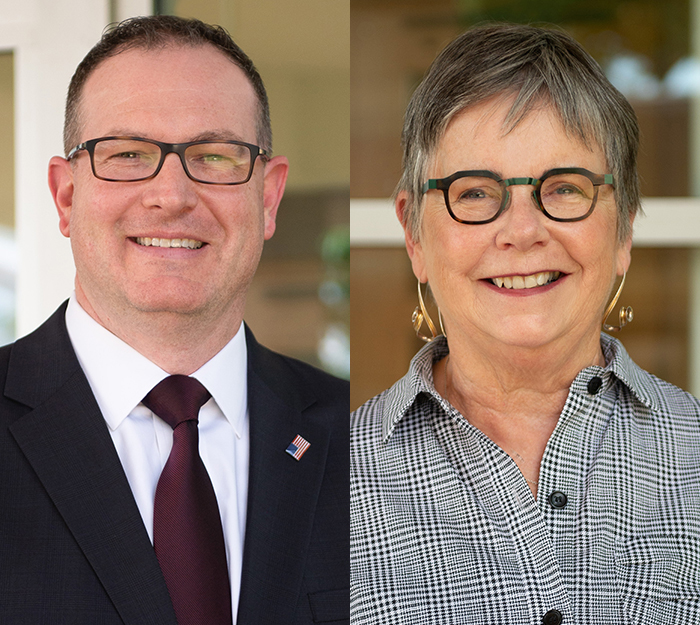 Bull is a financial advisor with Edward Jones. He has served on the boards of TrueNorth Community Services and Spectrum Health and is a past president of the Newaygo Rotary.

“I am humbled by the opportunity to serve on the Board of Trustees for the Fremont Area Community Foundation,” said Bull. “The foundation is an unbelievable asset that we have in Newaygo County, and I am truly excited to serve on this board. I am focused on strengthening and making a difference in our community.”

Wente lives in Newaygo and has served on the Amazing X Charitable Trust board and the Community Foundation’s Poverty to Prosperity Committee. She is a nurse midwife and has developed an outreach program for Amish healthcare.

“Philanthropy has been core to my life and how I was raised,” said Wente. “In philanthropy you always get back more than you give. I look forward to learning more about the community and the needs of the community.”

Bull and Wente were elected to fill vacancies left as Cathy Kissinger and Tom Williams retired from the board. Williams was first elected as a trustee in 2012 and served three terms. Kissinger was elected in 2011 to fill an unexpired term and has served as the board’s vice chair and treasurer.

Following the members meeting, the Board of Trustees met and elected officers. Continuing in their positions are Joseph Roberson as chair, Tubbergen Clark as vice chair, and Lola Harmon-Ramsey as secretary. Bill Alsover was appointed treasurer.